Meet the NBCRNA Board of Directors 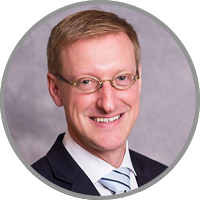 Kevin Driscoll is a Staff Anesthetist at the National Institutes of Health*, Clinical Center. This is the world’s largest research-only dedicated hospital where they take on medically complex cases to gain greater insights into future diagnosing, treating and curing patients. Prior to that he was at the Johns Hopkins Hospital where he helped lead the first Collaborative Unit Based Safety Program in the Department of Surgery as well as co-chaired a Johns Hopkins Medicine Clinical Community. He received his DNP from Yale University where his focus was on the geo-spatial analysis of the positive correlates for veteran suicide in the post-9/11 veteran communities.

*Kevin is serving in a personal capacity. 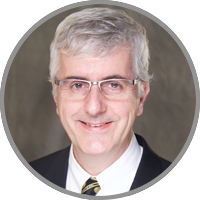 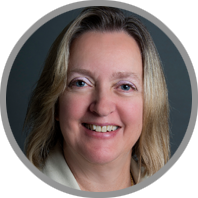 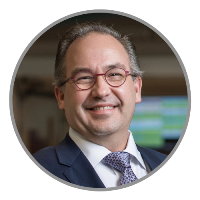 Garry Brydges is the Chief Nurse Anesthetist and Director of Anesthesia Quality & Outcomes at MD Anderson Cancer Center in Houston,  overseeing a group of over 110 CRNAs. He is also adjunct faculty at University of Texas and Baylor College of Medicine Nurse Anesthesia Programs. He continues a passion for teaching and precepting students in focused areas of neuroanesthesia,  and his acute care nurse practitioner expertise in cardiovascular surgery. He has been performing opioid sparing and non-inhalation anesthesia for nearly a decade in his current practice. Garry graduated from the University of Texas Nurse Anesthesia Program and was the recipient of the Agatha Hodgins Outstanding Graduate Award. He has an extensive academic background also graduating from the University of Texas Acute Care Nurse Practitioner Program before nurse anesthesia training, concentrating in cardiovascular surgery. He completed his DNP at Texas Christian University in 2011, focusing research in Preoperative Considerations for the Heart Failure Patient with Cardiac Resynchronization Therapy. Other degrees include an Executive MBA, as well as a  PhD in Financial Management and Economics in Healthcare Delivery, at Texas Woman’s University. He is well published in textbook chapters and journals, most recently in the Journal of Nursing Administration (December 2019) and Textbook: Oncologic Critical Care (2019). He was inducted in 2018 as a Fellow into American Academy of Nursing for his work in Opioid-Sparing Strategies. 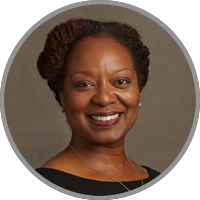 Pamela Chambers is a member of a private practice anesthesia group in north Texas. She also has a health law consulting firm assisting attorneys, healthcare providers, hospitals, and insurers in matters related to standards of care, resource utilization, and negligence claims.  Pamela was on active duty for 18 years in the US Army Nurse Corps, achieving the rank of Major before separating from the Army to attend law school. Pamela has practiced independently all over the country as well as in several locations overseas. In addition to clinical practice, Pamela has authored several articles covering topics in anesthesia clinical practice as well as professional practice matters. She was a past online instructor for the legal nurse consulting program with Kaplan University. Before joining the board of directors, Pamela served on several volunteer panels for the NBCRNA including the SEE committee and as an item writer. Pamela’s DNP project topic was Implementing a Quality Measures Trigger Tool in a Private Practice Anesthesia Workgroup. 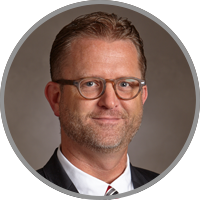 David Coffman is the surgeon member of the NBCRNA Board. He obtained his DO from Des Moines University School of Medicine and did his fellowship in trauma/surgical critical care, including burn and burn surgery training, from Yale University. He earned his PhD in Clinical Psychology from Capella University. He is an Associate Professor of Medicine and Surgery at Touro University College of Osteopathic Medicine-California (TUCOM), Vallejo, CA and a trauma surgeon with the Acute Care Surgicalist Management Group in Sacramento, CA. 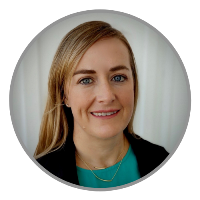 Sara Gonzalez is the anesthesiologist member of the NBCRNA Board. Dr. Gonzalez received her medical degree from Wake Forest University School of Medicine and completed her residency training at Naval Medical Center San Diego (NMCSD) and obstetric anesthesiology fellowship at Cedars Sinai Medical Center.  She serves as a Commander in the United States Navy at NMCSD where she is a staff obstetric anesthesiologist and the Residency Program Director.  She deployed to Kandahar, Afghanistan in 2013 in support of Operation Enduring Freedom.  She is an Assistant Professor of Anesthesiology at the Uniformed Services University of Health Sciences.  She enjoys teaching residents and students.  Her academic interests include provider wellbeing, operational medicine, and maternal patient safety. 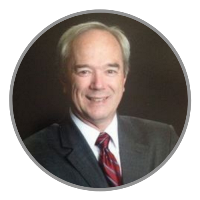 Robert Laird is an anesthetist in private practice in the Abilene, Texas, area. He has been in private practice for over 35 years. Robert has served in many capacities with the Texas Association of Nurse Anesthetists, including four terms as President. He graduated from Texas Christian University with a BSN, before being accepted into the anesthesia residency program at Wichita General Hospital in Wichita Falls, Texas.  While there, he developed an air transport system for sick babies, served as field triage nurse during the Wichita Falls tornado of 1979, and helped develop policies for the use of CRNAs in the Emergency Department. After graduation, Robert was recruited by a private hospital in Abilene where he became the pediatric specialist for the center. Robert worked with both State and National organizations to lobby for rules allowing CRNAs to be accepted by Medicare as independent practitioners.  Robert has continued to practice full time, managing a four- CRNA group and serving as Chief of Anesthesia for four ASCs and one rural hospital. He also serves as part-time adjunct instructor for a local university nursing program. Robert has served as a testifying expert in several cases involving CRNAs and continues to provide research and opinions concerning standard of care. 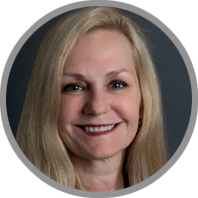 Susan McMullan is an Associate Professor and Nurse Anesthesia Specialty Track Coordinator at the University of Alabama at Birmingham (UAB) School of Nursing. She earned her BSN from University of Michigan, her MSN in Nurse Anesthesia from Rush University, and her PhD from Rutgers, the State College of New Jersey. Prior to her move to Birmingham, she worked full time as a clinical CRNA in Chicago. She has previous academic experience at Rush University Graduate College of Nursing and at Rosalind Franklin University of Medicine and Science. In her current role, Susan manages day-to-day operations of the Nurse Anesthesia program. She also developed a new doctoral curriculum, and transitioned the Nurse Anesthesia Specialty Track from the Master’s to Doctor of Nursing Practice outcome degree. Susan maintains a clinical faculty practice at UAB Callahan Hospital. Susan is a 2017 American Association of Nurse Anesthetist Post-Doctoral Fellow and 2016 UAB School of Nursing Dean’s Scholar Award recipient for her research on CRNA workload and patient safety. 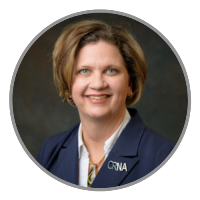 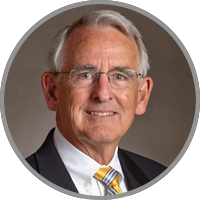 Ed is the Public Member of the NBCRNA Board. He previously served as a Public Member on the American Board of Imaging Informatics, the Accreditation Council for Continuing Medical Education, and the Foreign Credentialing Commission of the Federation of State Boards of Physical Therapy. Ed spent 25 years as a Principal with William M. Mercer, Inc., a benefits and human resource consulting firm. During that time Ed spent 13 years on the governing board of Downey (CA) Regional Medical Center and chaired their board for four years. He has also served on boards or committees for the Hospital Council of Southern California, the California Hospital Association, the American Board of Medical Specialties, AARP, the Commonwealth of Virginia, the City of Alexandria, the Catholic Diocese of Arlington and the National Center for Interprofessional Practice and Education at the University of Minnesota. Ed has been a speaker on programs dealing with employee benefit and health care topics for such organizations as the Federation of State Medical Boards, The Conference Board, and the Society of Enrolled Actuaries. 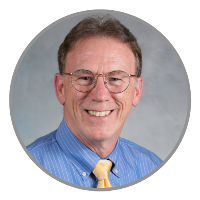 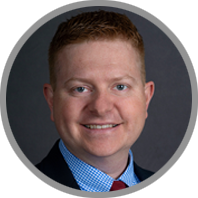 Michael Rucker is a Lieutenant Commander in the US Navy and is a CRNA practicing as Assistant Clinical Site Director for the Uniformed Services University Nurse Anesthesia Program clinical site at Naval Medical Center, Portsmouth, VA (NMCP).  He also serves as a staff CRNA for the NMCP Anesthesia Department, which includes providing general, regional and neuraxial anesthesia. He holds a DNP from the Uniformed Services University, and also serves as the Chairperson of the command Procedural Sedation Committee and the education coordinator for the command Procedural Sedation Monitors course. 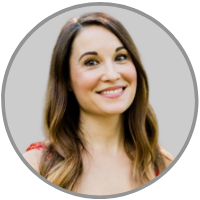 Sara Myers practices anesthesia at Truman Medical Centers in Kansas City, MO. She is a clinical instructor and Professor for the Truman Medical Center School of Nurse Anesthesia. Sara earned a BA from the University of Kansas, a BSN from Creighton University, and her DNP from the University of Missouri Kansas City. She has volunteered on a variety of national committees and panels, including the AANA Practice Committee (2017-2020) and NBCRNA CPCA Item Writing Committee (2019-2020). Sara enjoys participating in at least one medical mission trip annually.